one week after the stitches were removed, the scar faded, and became barely visible. 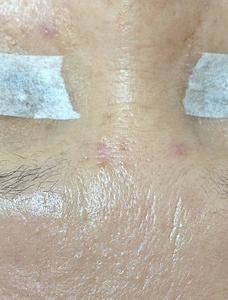 ONE WEEK AFTER THE SUTURE WAS REMOVED:

one week after surgery, the nylon suture was removed, scar was seen. 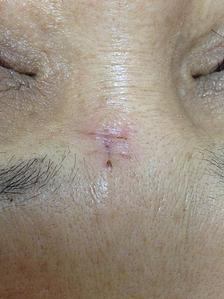 ONE WEEK AFTER SURGERY, STITCHES WERE REMOVED:

after excision of the skin mole, the wound was sutured up. the excess hairs growing from that skin mole were also removed in the process as well. The wound was closed with 4’o nylon suture. 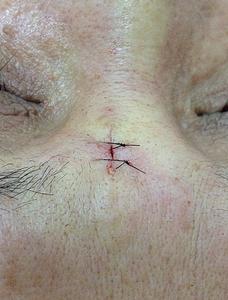 close up view of the hairy skin mole. 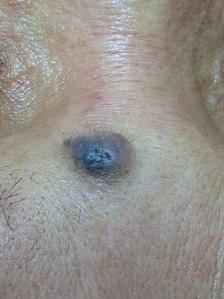 a black skin mole, benign in nature, was on the glabella area of this patient’s face. There were some hairs growing from the mole. 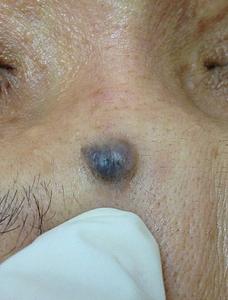