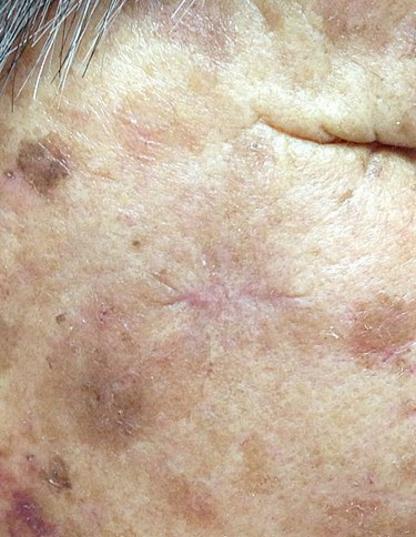 4 months later, follow up – no signs of recurrence of the disease 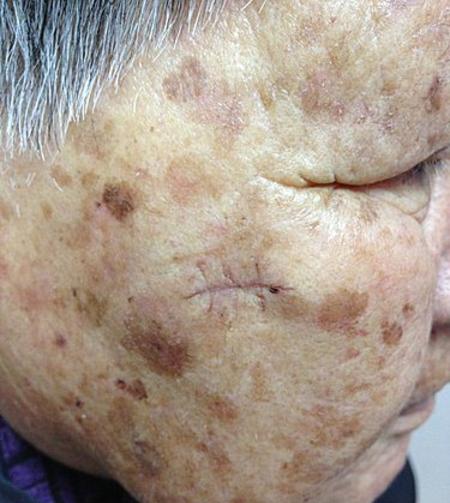 Histology report came back with a diagnosis revised to squamous cell carcinoma. 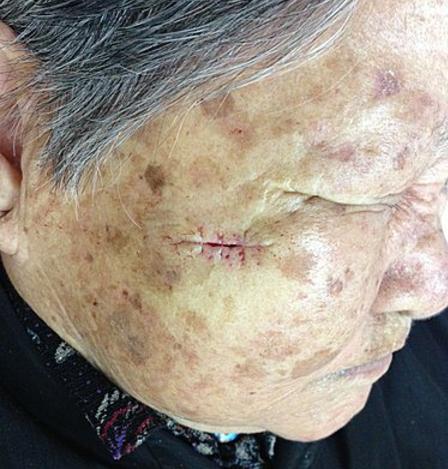 Introduction The case I am going to present is an 89 year old fragile lady. She had a 7-week history of a rapidly enlarging right facial skin lump. Presentation The lesion arouse from the centre of a well circumscribed homogenous brownish macule (probably a solar lentigo). It grew rapidly in about seven weeks from a small papule to become a dome-shaped, symmetrical papule/plaque, surrounded by a smooth wall of inflamed skin, and capped with keratin scales and debris. There was a little bit necrotic debris on the surface when I first saw her. It was neither painful nor itchy. It did not bleed and was 1.3 cm in diameter. According to her daughter, the lesion might have shrunk a little bit before the lady came to see me. The short history, the clinical appearance and the fact that the tumour size had shrunk highly suggested the diagnosis of keratoacanthoma(KA), although a squamous cell carcinoma(SCC) could not be excluded. There were many well circumscribed homogenous brown macules on her face and back of her hands and extensor surface of both of her forearms. They all looked like normal solar lentigines. She was a farmer for 10 years and was a construction site worker for another 20 years. She did not put on any sun-block when she worked out-door. She had no history of skin diseases/skin cancer. No family history of skin cancer. She suffered from chronic diseases for more than 15 years. She had diabetes mellitus, hypertension, heart disease and impaired renal function. A clinical diagnosis of KA was made and I needed to make a decision whether I chose to 1) Be conservative – medical observation and wait for the lesion to regress by itself or 2) Do a shave biopsy – electrodessication and curettage – to make a more definite diagnosis and also be therapeutic or 3) Refer to a dermatologist for excisional biopsy or a plastic surgeon for Mohs’ surgery. Management I chose to do a shave biopsy because 1) Spontaneous resolution of KA was not uncommon and the lesion had shrunk a little bit, 2) KA can be differentiated from SCC, 3) KA only very rarely developed into invasive SCC 4) The lady was old and fragile and her family did not want her to suffer too much and strongly requested a less invasive approach to the skin disease. However, making a clear diagnosis of KA is not easy as both clinical and histological features of KA resemble those of SCC. The histology came back and showed proliferation of lobules of squamous cells in the dermis. The squamous cells show no cellular atypia. The overall features are those of an epidermal proliferation best characterized as KA. There is no definite evidence of malignancy. The wound healed up quickly and nicely and left minimal scar. I arranged follow-ups for the lady every 2 weeks for the first 3 months and then every 2 months for the next one year. If there was recurrence of the diseases, referral to a dermatologist or a plastic surgeon would be needed. 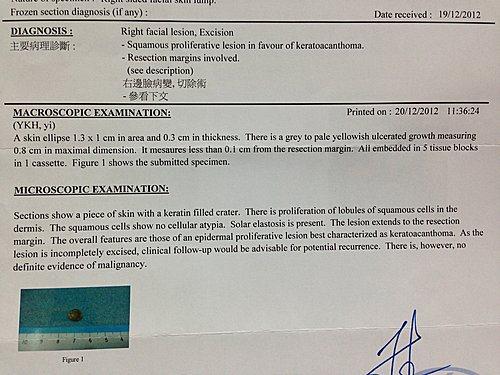 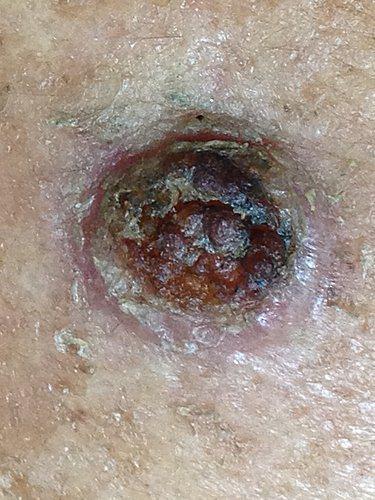 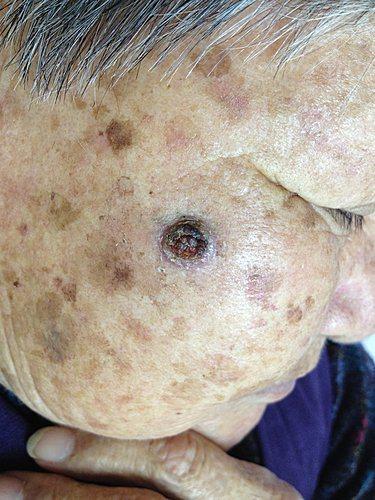 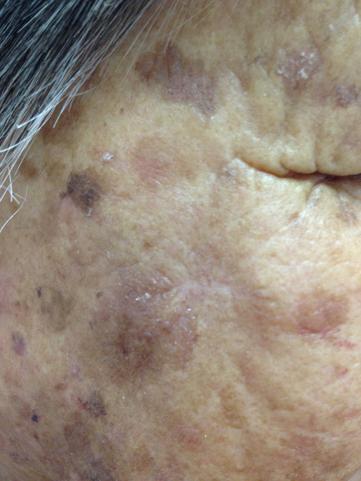 removal of sutures at day 10 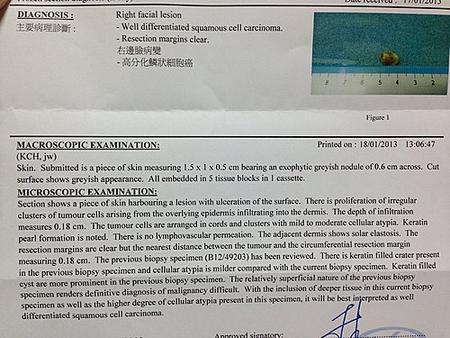 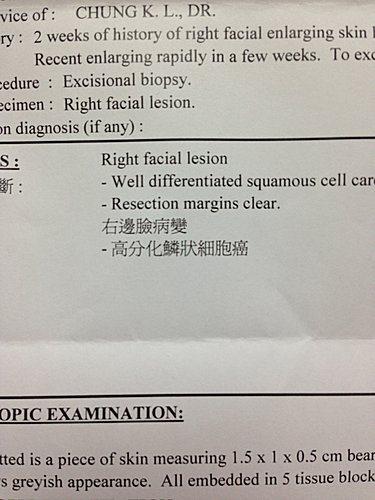 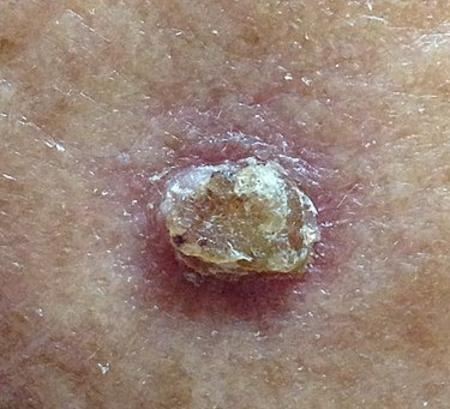 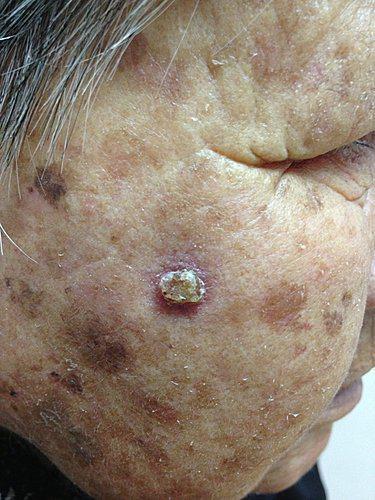 Follow up at 1 month’s time. Rapid recurrence of the tumour and excision was done with a 4 mm margin.